Home Trending News How Kolade Johnson Didn’t Get Immediate Help After He Was Shot By...

As we all know, Kolade Johnson victim of the fatal shooting in the Onipetesi area of Lagos is the buzz on the internet currently.

Here is an emotional story of how he was not given immediate help after he got shot at by SARS operatives.

The deceased, who was watching an English premiership match between Hotspur and Tottenham, left a bar in the area when he heard the cry for help.

It was around 5pm on Sunday, Johnson, like others in the bar, was enjoying the ongoing match when suddenly, a young lady jumped into the bar.

“Help me, kidnappers are taking my boyfriend,” she cried.

Immediately, the football fans sprang on their feet and at the scene was two men dragging Ismail, a known face in the neighborhood, into a bus. They wouldn’t know they were men of the police anti- cultism squad until the uniform of one of the men inside the bus gave this out.

Ismail, a video producer, wore dreadlocks and he had become the usual suspect for the policemen who judged him a criminal just because of the way he looked.

“The guy held on to the pole by the bar, resisting being dragged into the bus,” Esther, one of the bartenders who was on duty that Sunday evening, explained when TheCable visited.

“Then one man came out of the bus, asking people to leave. He started shouting, and threatening to shoot if the crowd wouldn’t go off them.”

Ismail isn’t a criminal, and so, Johnson and others who knew this wouldn’t allow the policemen have their way. They stayed, this time asking the gun-wielding men what exact offence Ismail committed.

As expected, the crowd dissolved after the policemen opened fire. But, it was strange to many who had taken cover inside Kingstine-Jo, the nearby bar where they had come to watch the live English premiership match, see Johnson still on the same spot.

“A bullet was already lodged in his body,” a taxi driver whose park was by the spot Johnson stood said.

“He was already bleeding, but many didn’t know.”

How would Johnson still be standing here? The policeman fired another shot. Again, a bullet found its way into his loin.

“That was when he fell, and started crawling,” the driver added.

NO IMMEDIATE HELP
Within the minutes, everywhere was covered with blood. Battling to survive, but there was no immediate help. While some witnesses blamed taxi drivers whose park was just beside the scene and could have offered to rush Johnson to the hospital, a driver argued they weren’t opened for work as it was a Sunday.
He must have lost much blood before a neighbor, driving past, stopped and Johnson, dripping of blood, got lifted into the car.
ABANDONED FOR HOURS
“They did not even rush at us to take him as an emergency,” Boluwade Awakan, Johnson’s stepbrother, told TheCable as he blamed officials the Lagos State University Teaching Hospital in Ikeja, where the victim was taken to after being shot.
“Nobody responded in time. One medical guy came and only touched his neck, and he went in, saying BID (brought in dead).
“They left his body on one stretcher and even when declared dead, the morgue refused to take his body in. They were requesting for one paper or the other.”
Following the incident, angry youths in the area blocked the highway and the journey took hours for Awakan to get some papers from a police station nearer to where Johnson was killed.
Returning to the hospital around 12am, the family was asked to make a N50,000 payment without which his body wouldn’t be admitted into the morgue.
“There was no POS and they wouldn’t take bank transfer, and in the middle of that night someone had to rush out again to look for ATM to withdraw. It was devastating.”
Johnson’s body eventually found a space at the morgue around 2am.
When TheCable visited the hospital, a doctor at the surgical emergency unit denied that LASUTH officials were negligent.
“I checked his folder. He was actually brought in dead,” the doctor who did not want to be named told TheCable.
An information officer, who also did not want to be named, said the hospital treats every patient free of charge for the first 24 hours after they are brought in.
“Except he was brought in dead, government has instructed the hospital to care for every patient,” she said.
On why Johnson’s body wouldn’t be taken into the morgue until N50,000 cash payment was made, the official said the morgue is private partnership venture.
“We don’t know much about how they operate because they are largely private,” she said.

The post How Kolade Johnson Didn’t Get Immediate Help After He Was Shot By SARS – Must Read Emotional Story appeared first on meenatnigeria.com. 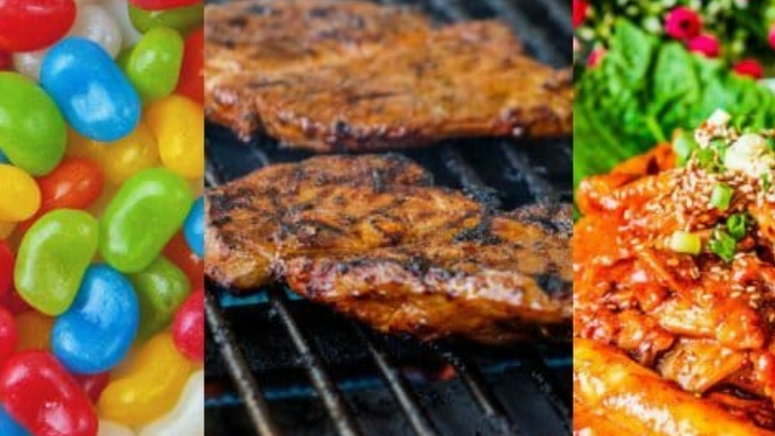 If you want to sleep better at night, avoid these 7 kinds of foods

Amina Idris - 04/06/2020
When you become a parent, sleep becomes precious. Though that elusive eight hours of slumber may now be a thing of the past, there...
Read more

Amina Idris - 04/06/2020
There seem to be a huge disagreements in DMW camp as Davido unfollows Peruzzi amidst rspe allegations. The DMW singer and ‘Majesty’ was recently called...
Read more

What is a normal vagina supposed to look like?

Amina Idris - 03/06/2020
Many women are insecure about the way their vaginas look and for the most part, many do not even know what constitutes 'normal'. We...
Read more

Amina Idris - 02/06/2020
A few days ago, Nigerian superstars, Davido and Burna Boy seemingly exchanged shots at each other on social media after Davido posted an artwork...
Read more

Amina Idris - 02/06/2020
The music star made this known via his Twitter page on Monday, June 1, 2020. Nigerian music star, Wizkid believes that the President of Nigeria,...
Read more