Three siblings who were working directly for the leader of a notorious Nigerian crime gang, Black Axe, have been jailed today for a total of 16 years after laundering nearly £1m for the syndicate through UK bank accounts.

Okemiorukaye Nakpodia, 56, was found guilty of conspiracy to money launder at Woolwich Crown Court on 8 May. Esther Nakpodia, 35, Unuakpotovo Nakpodia, 46, both pleaded guilty at an earlier hearing.

They laundered the proceeds of hundreds of frauds between 2007 and 2015.
oney from a number of the victims of the original frauds ended up in the defendants’ bank accounts and was then laundered by the Nakpodias.

READ ALSO  Davido wonders why Nigerians are like this…

The leader of the Black Axe and Delta State politician, Augustus Bemigho-Eyeoyibo, is the brother-in-law of the three defendants. Black Axe is a banned organisation in Nigeria and has been linked to decades of murders, rapes, extortion and drug dealing in Nigeria and across the world, with members allegedly swearing a ‘blood oath’ to join.

Philip Slough, for the CPS, said: “This prosecution will play a role in starving a dangerous criminal gang of funds and we will seek to recover their proceeds of crime at a later hearing.”

Esther claimed to have never heard of Black Axe, denying links to the organisation – this despite the fact her sister has been married to the group’s leader for 14 years.

She denied knowing that Augustus is involved in gang activity, and said she believed he was a reputable business man. 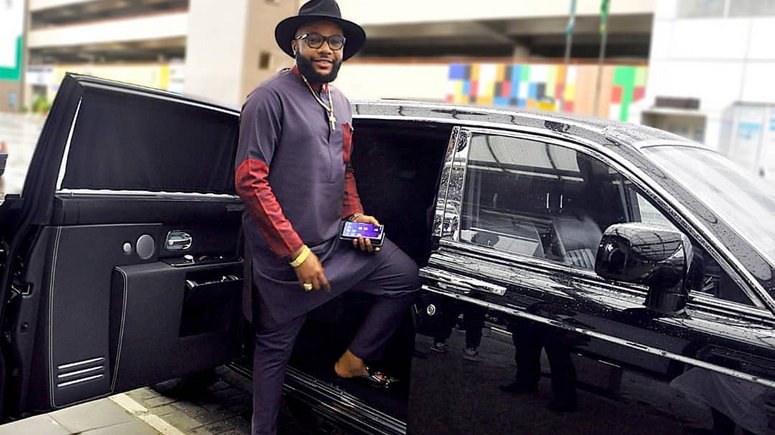 “I Started Wearing Masks Because I was Nervous” – Rema

UN climate talks pushed back to November 2021 due to coronavirus

Lukingtel - 30/05/2020
Observers caution against inaction due to the delay, with the UN warning that time is not on the planet's side. Most climate observers endorsed the...
Read more

Roger Federer ahead of Cristiano Ronaldo and Lionel Messi at top of sport’s...

Lukingtel - 29/05/2020
"The coronavirus pandemic triggered salary cuts for soccer stars Messi and Ronaldo, clearing the way for a tennis player to rank as the world's...
Read more

Hot! Kylie Jenner is no longer a billionaire, according to Forbes: ‘It’s clear that...

Amina Idris - 29/05/2020
Kylie Jenner is no longer a billionaire, according to Forbes . Forbes reported that Jenner's previous claims...
Read more